The China Musical Instruments Association (CMIA) and The Confederation of European Music Industries (CAFIM) met in Shanghai to continue with their exchange of information and views on topics relating to musical education, military-band music, trade barriers and Chinese market data as well as on research and development.

Musical education was recognized as being one of Music Industry’s key issues worldwide, this also applying to China. Accordingly, musical instruction continues to form a central topic of discussion in talks pursued by both the Chinese and European delegates. During a recent meeting, an example was presented of how musical education was capable of being implemented with success.

Thus, the focus of attention came to centre on the innovative “Music-in-the-Classroom concept developed by the Music Educators Academy in Wiesbaden, i.e. by music teachers for music teachers applied to collective instrumental musical instruction at normal state-run schools. Employed in various forms for teaching schoolchildren to master wind, bowed and percussion instruments, the “Music-in-the-Classroom” method has been in place for quite a number of years at the German School located in the Pudong district of Shanghai, close to the trade-fair grounds where the annual “Music China” expo is held. That being the case, it seemed sensible for both organizations that have meanwhile come to assemble for talks within the scope of the Music China Fair to sit in on lessons at the Pudong School. This also afforded a good opportunity for CAFIM members from Europe to acquaint themselves with this form of musical education. First introduced in Germany in 1987, the “Music-in-the-Classroom” concept has exercised tremendous influence on stepping up sales of musical instruments. Well over a million school-attenders have been found to engage in music activity later in life, if not altogether professionally then at least as a favourite leisure pursuit. Fully in alignment with the popular slogan: “Make more music makers“, this has resulted in business burgeoning in the music branch.

All those assembled to observe the classroom lessons in progress were positively impressed by the form of tuition, the pleasant atmosphere in which it took place and the enthusiasm shown by both the pupils and teachers. One of the music teachers providing tuition was discovered to have come over to Pudong from Germany and had previously received training at the Music Education Academy. He is assisted by two Chinese colleagues, one of whom likewise studied in Germany. At least three school days a week are spent on collective music-tutoring, this being complemented by tuition on a one-to-one basis. Hence, substantial learning progress manifests itself within almost no time at all.

Inspired by the stimulating sit-in session, the CMIA has now submitted a proposal for delegates representing organizations responsible for musical education at Chinese state-run schools and interested in applying the concept to participate in further guest visits.

In addition, it is intended to conduct a seminar on music tuition during the coming year, 2014, combined with teacher in-service training focusing on the “Music-in-the-Classroom” concept within the central complex of the ‘Music China’ expo, all aimed at propagating to other interested users on a broader scale what has been so successfully implemented in Germany. This would certainly endorse the objectives pursued by the organizers of the Frankfurt Music Fair who have been assisting the work of the Music Educators Academy and providing financial sponsorship to the “Music-in-the-Classroom” concept for years on end.

The subject of military-band music formed another focal point of the meeting with the aim of stimulating exchange of information and views between the Chinese and European delegates.

In addition, consideration was given to continuing with the talks in 2014 in conjunction with possible visits to schools and universities as well as to research institutions and production facilities.

The meeting was rounded off by a detailed overview on the part of the Chinese Association on economic development of the branch within the Peoples’ Republic of China: production, imports, exports and the Chinese domestic market. A survey of the statistical evaluations can be forwarded on request. 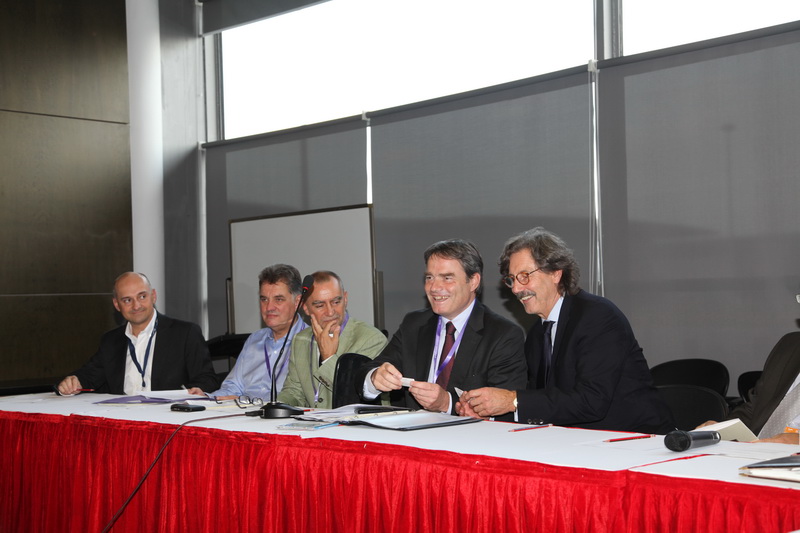 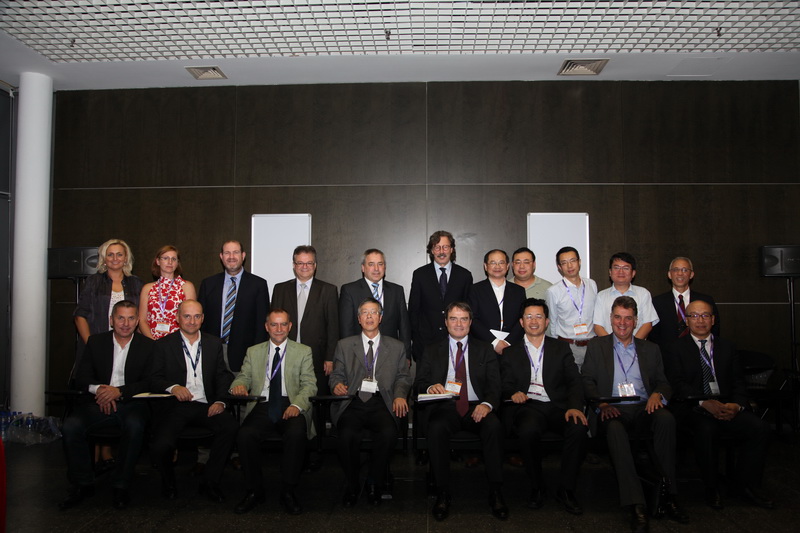