Progress and Success with Sino-European Dialogue

China to reduce customs duties on musical instruments – Cooperation in fields of musical education, military music as well as in research and development. Efforts underway to combat trademark piracy and counterfeit products

There are signs of distinct progress emerging as a result of the Sino-European talks held between delegates of the Confederation of European Music Industries (CAFIM) and China Musical Instrument Association (CMIA). 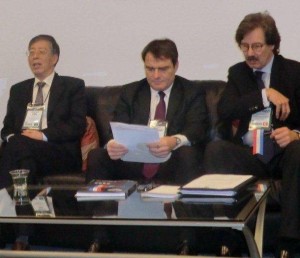 This welcome news update is based on a report issued by the President of the CMIA, An Zhi, at a meeting held in conjunction with the recent NAMM Winter Market stating that by 2015 China will have brought about a provisional 1% reduction in ‘customs duties’ imposed on musical instruments referencing to membership in the World Trade Organization (WTO).
Antoine Beaussant, President of CAFIM and CEO of the Buffet Group expressed his gratitude at this remarkable piece of news, attributing it to the success achieved in pursuing joint dialogue and consultation over the past number of years.

An Zhi stressed that there were signs of some constructive development being attained in combating trademark piracy and counterfeit products, one example of such success being “Petrof” referred to as a positive outcome of the talks.
The Chinese delegates likewise addressed problems caused by misleading brand names applied to imported merchandise. Offers of help and support came from the Secretary General of CAFIM in the effort to bring about speedy clarification in contentious cases in consultation with members of CAFIM thus affected.

‘Musical Education’ qualifies for essential importance in the work of both associations, the CMIA and CAFIM. The Chinese delegates displayed enormous interest in both the French model “Orchestre à l’école” and the German “Music-in-the-Classroom” concept. Information material on DVD and other media were made available. In connection with the “Music China” expo this coming October it was agreed to arrange for members to sit in and observe teaching lessons at the German School in Shanghai applying the “Music-in-the-Classroom” method to wind instrument instruction, thus examining the potential provided for possible cooperation.

‘Research & Development’ is a topic of immense interest to manufacturers of musical instruments. It was proposed to investigate opportunities for cooperation involving the Beijing Research Institute of Musical Instrument and the Institut de Recherche et Coordination Acoustique/Musique (IRCAM) in Paris, the Laboratoire d’Acoustique de l’Université and the Centre National de Promotion des Metiers de la Musique, both headquartered in Le Mans, as well as the Institute of Musical Instrument Making in Zwota in addition to universities.

Interest also prevails in establishing contact to military music corps in China and Europe with a view to engaging in joint cooperation.
The meeting held in Anaheim, southern California, served to endorse the numerous points in common linking Europe with China and the wealth of opportunity for cooperation. The presidents of both organizations, An Zhi of the China Musical Instrument Association (CMIA) and Antoine Beaussant representing the Confederation of European Music Industries (CAFIM), reaffirmed their strong commitment to aim at and ensure competitive conditions based on fairness for the benefit of association members guided by a fundamental policy of trust and friendship. 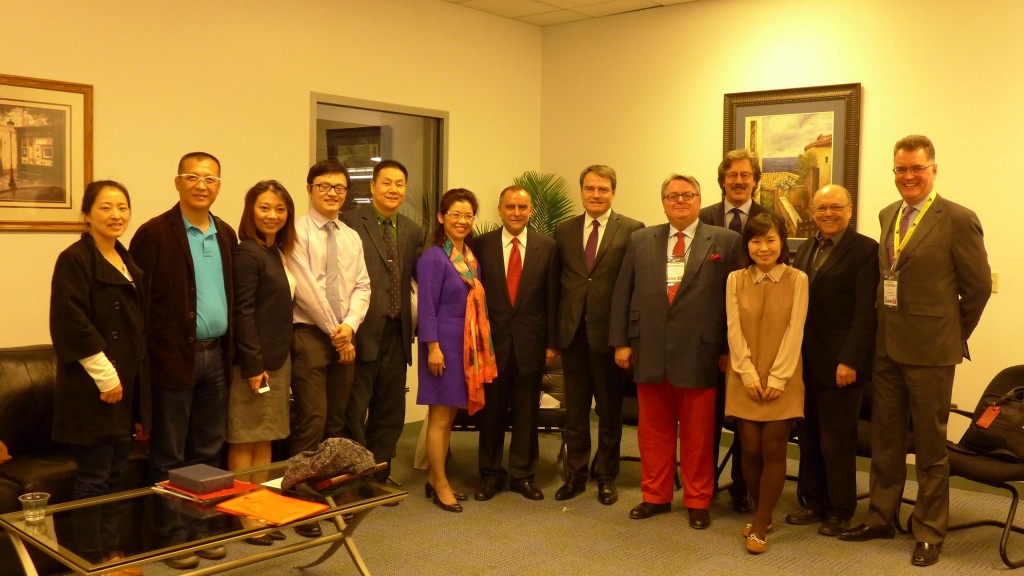 Confederation of European Music Industries (CAFIM), the central organization representing the European Music Industry was founded in Frankfurt in 1977. The founding fathers were definitely agreed that organization in an association in what was then a Europe in a state of development was essential in order to solve supranational issues such as customs duties and import problems, while dealing with and exercising an influence on such issues and other concerns along effective lines.

As unification within Europe gradually progressed, the general industrial federation of music industries – originally restricted to manufacturers – came to cover the entire branch, i.e. production and distribution, e.g. wholesalers, retailers and importers. The number of member associations has increased not least on account of eastward expansion of the EU. Today, the Delegates Assembly comprises representatives from Germany, France, the UK, Italy, Norway, Portugal, Austria, Switzerland, Slovenia, Spain, the Czech Republic, the Ukraine and Hungary.

Proceeding from the joy experienced in making music constituting an essential part of daily life, everyone – children in particular – regardless of their background, should be given the chance not only of acquainting themselves with musical instruments, but ideally with a view towards actually learning to play one.

To sustain and promote the interests of the Music Industry.
To popularize the pleasure derived from music-making among the general public.

– Promotion of music-making activities in all situations of life no matter where
– Enhancement of the music-learning status in the education sector
– Promotion of music schools and musical education at all levels
– Augmentation of the Music Industry’s share and claim to leisure spending
Harmonization of standards on a European-wide scale
– Representation, protection and promotion of interests towards European institutions/the European Commission
– Provision, organization and implementation of forums for debating and negotiating mutual interests and issues (e.g. environmental issues and other concerns)
– Promotion of consultation and cooperation facilities